Accueil » This Is Not A Burial, It’s A Resurrection 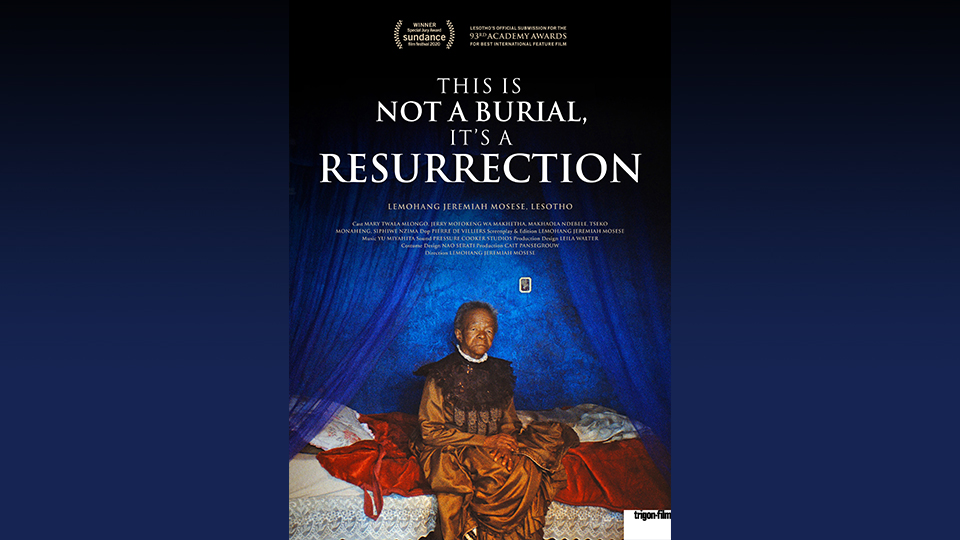 Amongst the pythonic mountains of land-locked Lesotho, an 80 year old widow winds up her earthly affairs, makes arrangements for her burial and prepares to die. But when her village is threatened with forced resettlement due to the construction of a reservoir, she finds a new will to live and ignites a collective spirit of defiance within her community. In the final dramatic moments of her life, Mantoa’s legend is forged and made eternal.

Lemohang Jeremiah MOSESE is a self-taught filmmaker and visual artist from Lesotho. His film « Mother I am Suffocating. This is My Last Film About You’ was selected for Final Cut in Venice 2018, where it won six awards. It premiered in the Berlinale Forum in 2019. MOSESE was one of three filmmakers selected for Biennale College – Cinema with his feature film This Is Not A Burial It’s A Resurrection, which premiered at the Sundance Film Festival this year, where it won the Jury Award for Visionary Filmmaking. It has gone on to win 20 further awards, including 8 Best Film Awards and 2 Best Director awards.