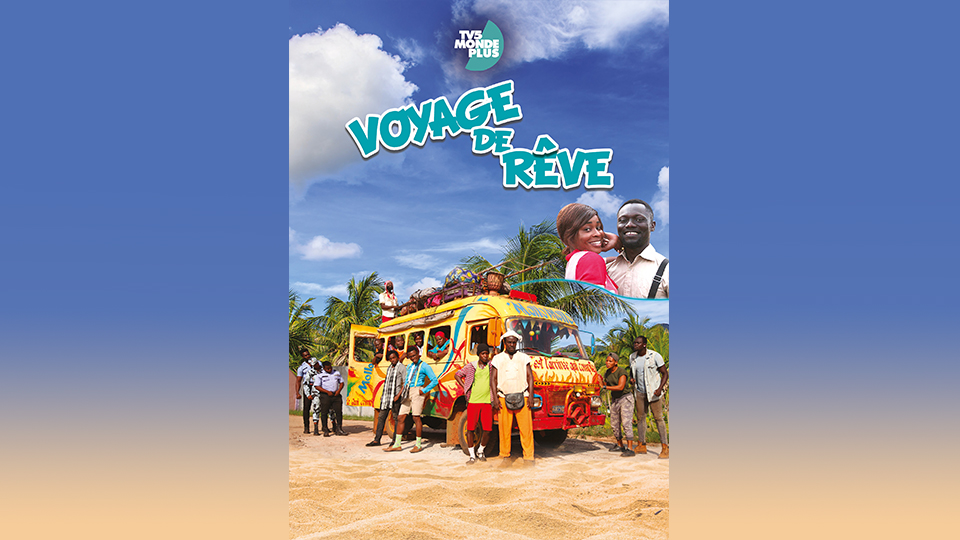 In Gagnoa, incorrigible Sea Dangah is organizing a tourist circuit he calls “Dream Trip”. Rachelle Adigri, Sea’s possessive fiancée wants to be part of the trip at all costs. A few hours before departure, Sea discovers the burn-out old car – badjan “Mollo Mollo, only the finish counts!” – which he inherits for his trip. It’s a disaster! Sea doesn’t know that he is having in his hands the loot from the robbery of the biggest pastry of Gagnoa which Bassolé́ Kangah concealed in the old car.

Marina NIAVA is an emerging award-winning filmmaker and writer. A graduate of Journalism and Audio-visual Production, Marina trained in writing and filmmaking at San Francisco Academy of Art in California. She has directed several shorts (Twenty-one; Worse; Noirs au soleil levant) and a web series. She has created the soap opera Twenty-one (2019), co-directing many episodes. The travelling comedy Voyage de rêve provided an opportunity to reveal her talents as a director on a TV series.