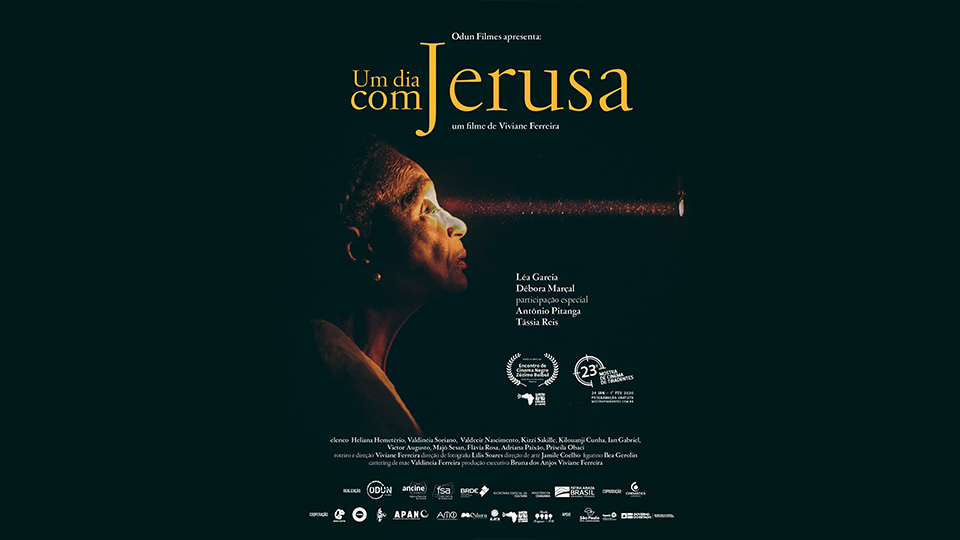 A Day with Jerusa” follows Silvia, a young, mediumic market researcher facing the hardships of underemployment while awaiting the result of a public exam, and Jerusa, a gracious 77-year-old lady, eyewitness to the daily life on Bixiga, a neighborhood filled with ancestral memories. On Jerusa’s birthday, while she waits for her family’s arrival, the encounter between her deepest memories and Silvia’s mediumship allows them to travel through time and realities common to their ancestry.

Viviane FERREIRA, director and screenwriter. She has directed and scripted several video clips and documentary shorts. In fiction, she directed the short films Mumbi7Cenas post Burkina (2010) and O dia de Jerusa (2014). Her most recent works are the feature film People : live to tell (2019), which she co-directed, and Um Dia Com Jerusa (2020), her directional debut on feature film. Master in audiovisual policies, by UNB, she is a lawyer, with a focus on entertainment law. FERREIRA is also president of the Brazilian Selection Commidee for the Oscar 2021.