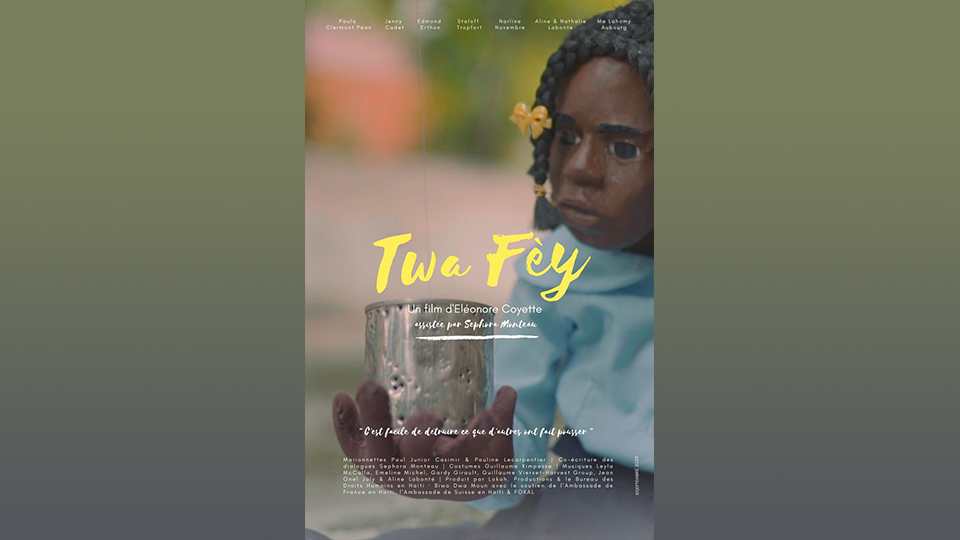 Esther is 6 years old; she lives her carefree life as a little girl until her father abuses her.  Then a little box appears in her life and never leaves her side. As she tries to get rid of it, she discovers her mother’s; but her mother doesn’t see it… until she meets the fascinating Farah.  Three Leaves. Three stories of women exploring the roots of identity, resilience and sisterhood.

Sephora MONTEAU is a founding member and vice-president of SineNouvèl, an association of committed filmmakers and photographers in Haiti denouncing the lack of film facilities in the country. She is also the founder of Nègès Mawon, a feminist organization.

Eléonore COYETTE captures in her photographs and videos the world’s indocile heartbeat. Her visual grammar is that of a poetess.