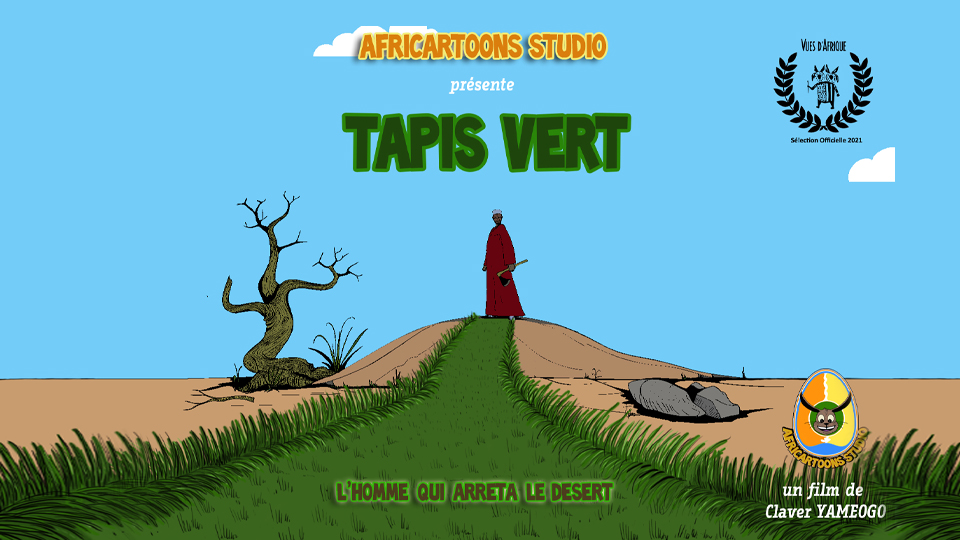 Noticing the rapid encroachment of the desert in his village, Yakuba decides to give up everything and to fight against this arid land, practicing a quite special technique of his own.

Claver YAMEOGO has an extensive experience in comics trip and visual arts in general. In 2008, he attended an initiation training in 2D cartoon at Institut IMAGINE. In 2009, Claver made his debut cartoon called Polo, opening the way to a scholarship in France at EMCA. He has directed two graduation films (Le jour de mes sept ans and Parce que j’ai faim) in 2021; two documentaries in 2013 (Invasion déchets plastiques and Invasion de motos au Burkina Faso) and FALTA (winning an award at the 2017 Animated Film Festival in Abidjan) in 2016.