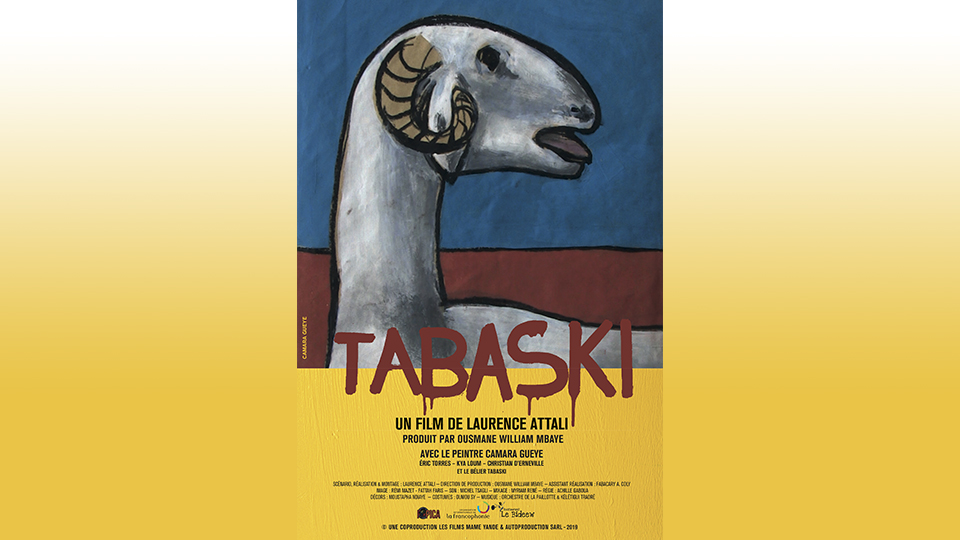 Dakar, a few days before Tabaski festival, a painter locked in his studio, works on the theme of the ram sacrifice ritual. Red painting draws sketches hanging on clotheslines. An inscription on the wall reads: “Tabaski, who’s next?” Three characters and a sheep revolve around him, reconnecting him back to reality.

Laurence ATTALI studied Philosophy, Cinema and Theatre before turning to editing which she teaches at the National Audio-visual Institute in France and throughout the world.  She moved on to directing in 1992 with the series La petite minute de bonheur. Mourtala Diop voyageur de l’art in 1993 is her debut documentary. She has founded Autoproduction company, directing and producing most of her films (Sénégalais Sénégalaise; Petit Pays; Baobab; and more), which showed at numerous festivals and winning several prizes.