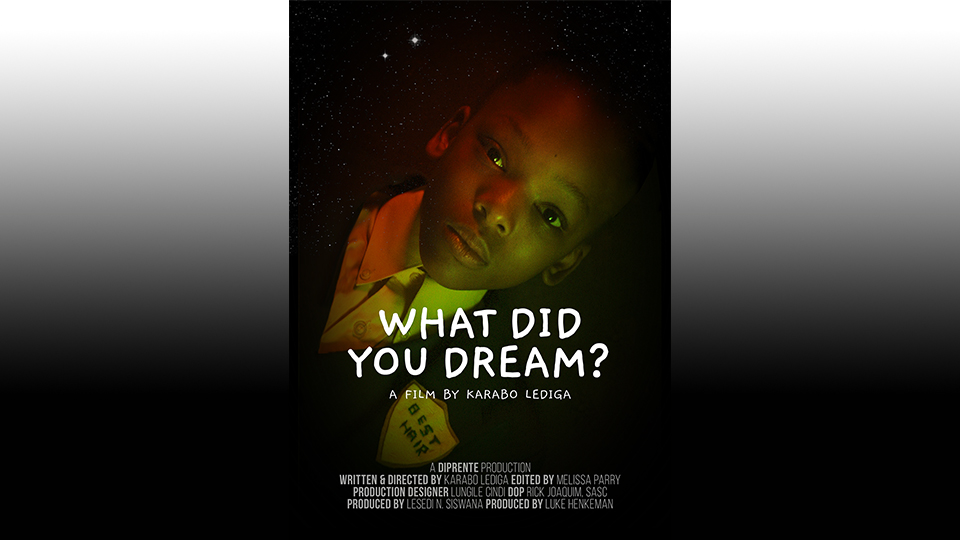 Summer 1990, South Africa. Eleven-year-old Boipelo spends the holidays with her grandmother. But something worries her: unlike her two cousins, she can no longer remember her dreams. How is she going to help her poor grandmother win the lottery?

Karabo LEDIGA is a writer, director and producer for television and film. Her short film, which she wrote and directed titled What Did You Dream? premiered in competition at Clermont-Ferrand International Short Film Festival and was also in competition at The Palm Springs International Short Film Festival. She has written for the first African Netflix Original series, the spy thriller ‘Queen Sono’. Her directorial work also includes 2 seasons of the sketch comedy show The Bantu Hour and situational comedy The Mayor. She’s currently in development on her debut feature film titled Sabbatical.