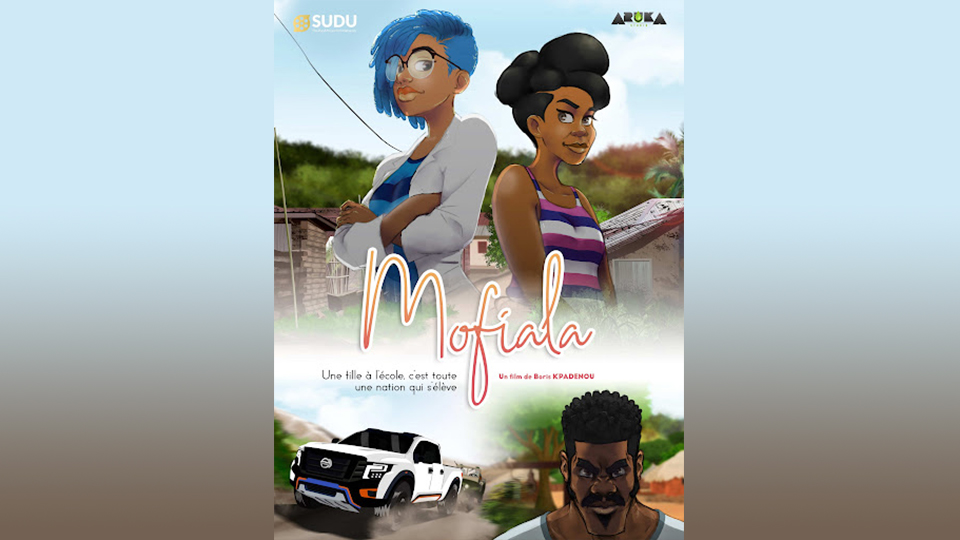 Going against her husband’s wishes, Ayélé secretly sends her daughter Mofiala to study in town. Years later, an epidemic of unknown origin strikes the town. Now a doctor and bacteriology researcher, Mofiala seems to be the ideal person to halt the problem.

KPADENOU Kossi Hunkpati aka Boris KPADENOU is a 2D animated film director from Togo. After completing his post-graduate studies, he began drawing, his passion. He trained in 2008 as animated film technician at Institut IMAGINE in Burkina Faso. In 2017 he created the Studio ARUKA. Illustrator with several communication agencies, he has made some 2D, 3D commercials and institutional films. His film Mofiala won the Jury Prize at Festival EMERGENCE in 2020.