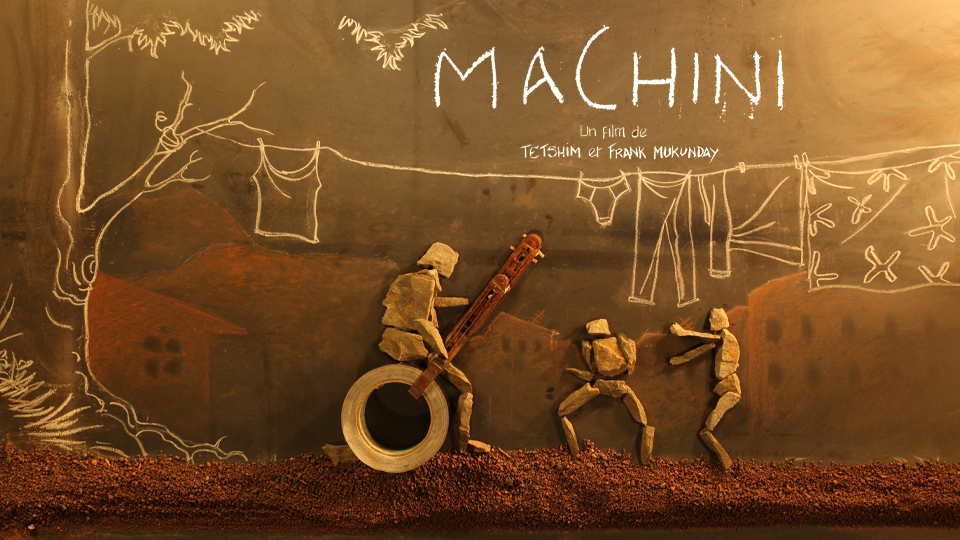 Out of necessity and especially by the power of the machine, we have become sleepwalking beings, people deprived of good Lord, the wretched of the Earth and above all experimental animals of the machine.

Since 2010, Frank Mukunday and Tétshim have been producing self-taught animated films. Starting from the practice of drawing (Tétshim) and video (Frank), their duo founded the studio “Crayon de cuivre” in Lubumbashi. After two experimental films “Cailloux” and “Kukinga”, Machini is their first film made in professional production conditions.