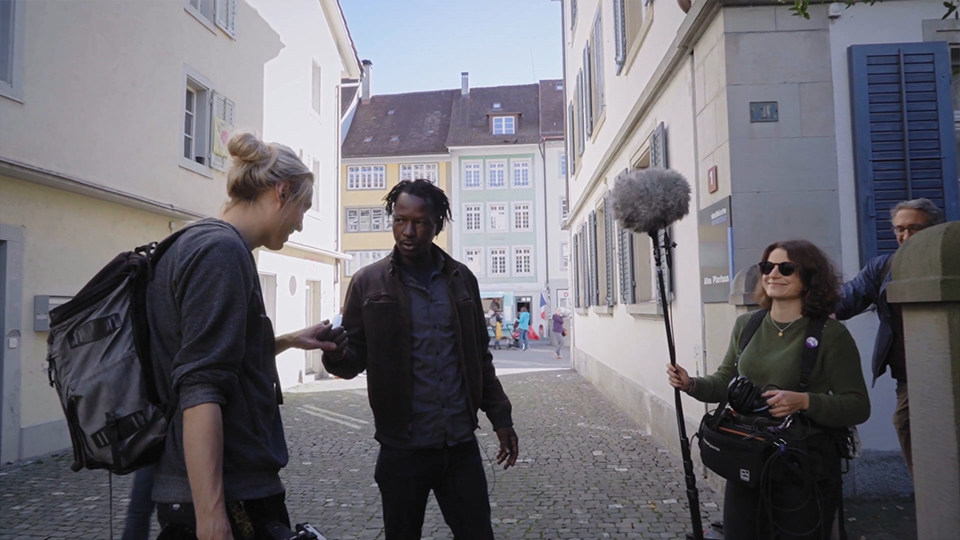 Cinema is Simplice’s passion. In Burkina Faso, he usually focuses on human relationships. This project leads him to Switzerland where he has difficulty making contacts. How do you find a story if no one wants to talk to you?  He loses his sleep in these worries. Until he comes up with a new idea on how to overcome his fear of the unknown.

Director and scriptwriter Simplice Herman worked as street child educator. He holds a Masters in Sociology and a Degree in Art, and obtained a Masters in documentary filmmaking in 2010 from Gaston Berger University of Saint-Louis. Bakoroman (2011) is his debut professional film. In 2017, he won the Golden Tanit at Carthage Film Festival with Le Koro de Bakoro, les Survivants du Faso / Le Koro du Bakoro, naufragés du Faso, which premiered in 2017 at Visions du Réel, Nyon. In 2019, he showed Organisme Religieusement Modifié at Cannes Film Festival.