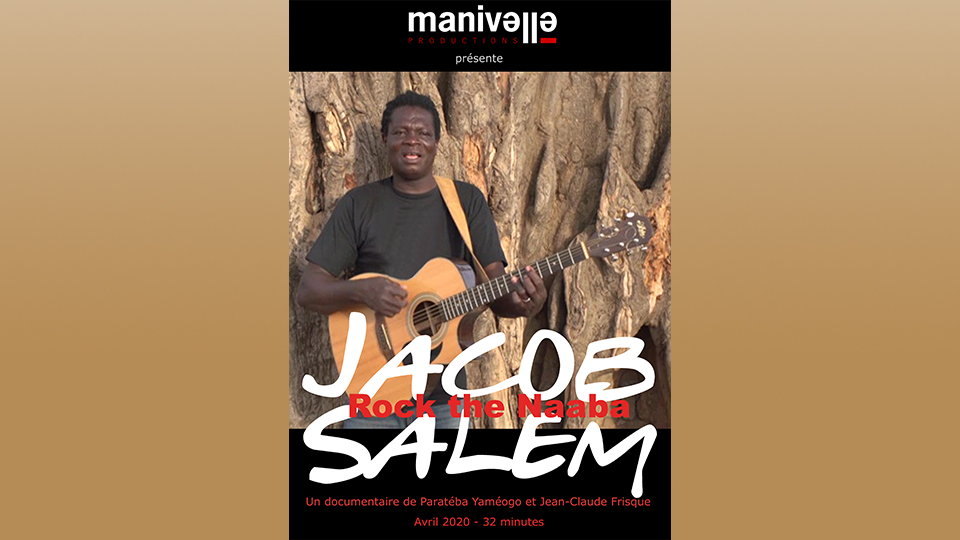 Making room and space for music, this documentary tells how Jacob Salem, small page of the King of Mossi, driven out of the royal court because he played modern music, became the first Mossi rocker of Burkina Faso, now recognised by the Mogho Naaba who urges him to spread the Mossi culture. His encounter with Swiss musician Andre Courbat in 2016, during a stay in Burkina Faso, will be the little nudge necessary to boost his career.

Parateba YAMEOGO is a director and camera operator from Burkina Faso. He has worked since 2009 with Manivelle Productions as camera operator for most of films. He was also involved in the Web Edu TV project, co-directing documentaries for education in Sub-Saharan Africa with scientists. Two of these films have been awarded Mils d’Or in 2015 and 2016. Jacob Salem Rock the Naaba is his debut film co-directed with Jean-Claude FRISQUE, Producer-Director and Founder of Manivelle Productions.