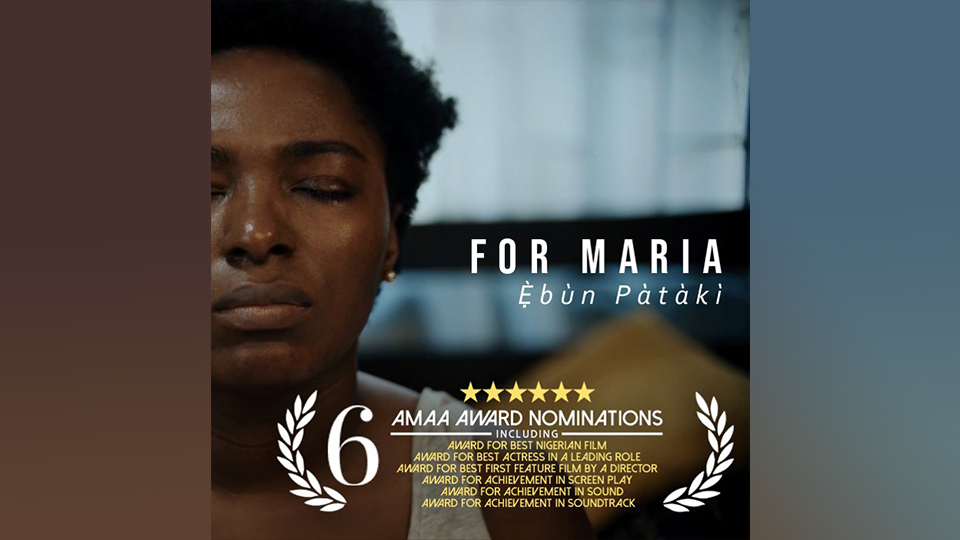 After the complicated birth of her first child Maria, Derin becomes withdrawn from family life, unable to engage in the celebrations around her newborn. Her bewildered mother-in-law insists that she is not a good enough parent, while her increasingly worried husband Afolabi watches from the sidelines as she becomes a shadow of herself. Struggling to come to terms with what it means to be a mother, Derin fails to bond with her baby and ultimately loses the most precious gift of all.

Damilola E. ORIMOGUNJE is a screenwriter and film director. He has a B.Sc. in Mass Communication from Caleb University, Lagos, Nigeria. After his degree, he has worked with various production outlets. In 2014, he won the United Nations sponsored Homevida Short Script competition. As a film director, his short films have been selected and screened in over 40 film festivals. His last short film is titled Losing My Religion adapted from the short story Losing My Religion from the book Bury Me Come Sunday Afternoon by the Nigerian-American writer, Nike Campbell-Fatoki.