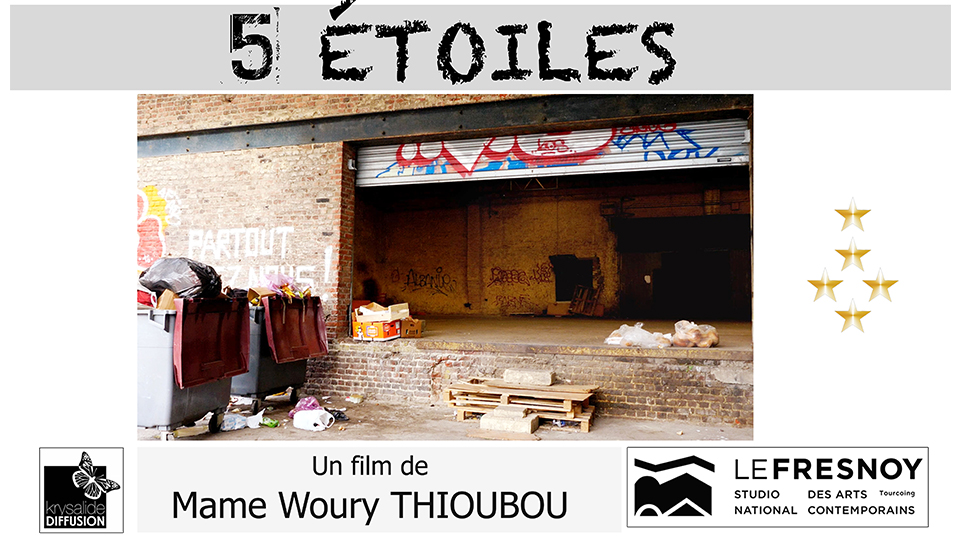 We often talk about the dangers of crossing the desert and the Mediterranean. But what we are talking about the least is what happens once the migrants arrive at their destination. In this place called 5 Stars, Malians, Senegalese, Guineans, and others, find themselves trapped in their dreams. Then starts a new fight!

After a Master’s degree in Geography from Cheikh Anta Diop University in Dakar, Mame Woury THIOUBOU studied Journalism. In 2009, she obtained a Master in Creative Documentary from Gaston Berger University of Saint Louis (UGB) where she directed her graduation film Face to Face. Her first feature film Agora Braille is about the inclusion of the blind in the Senegalese school system. A social dimension of the documentary can also be found in her latest films Fifiire en Pays Cuballo and 5 Etoiles.