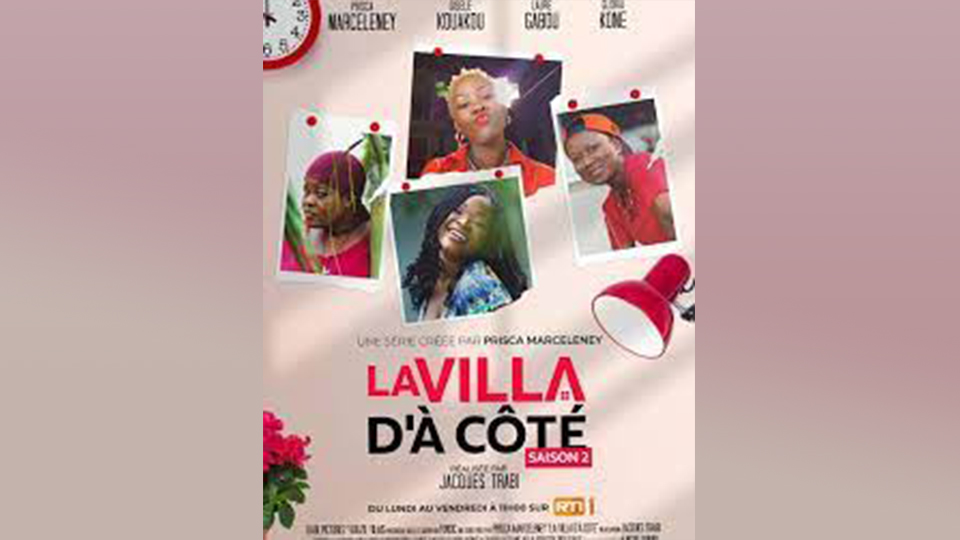 « La villa d’à côté » tells the story of four young girls in their thirties who share the same apartment. All four of them arrived in this house for various reasons, some left the university campus while others left home. The four girls take part in an unusual casting following which they are selected to occupy the villa next door.

JACQUES TRABI GOHI has a University Diploma of Technology in Chemistry from INSET in Abidjan. In 1990, he obtained his Diploma in Film studies, specializing in filmmaking from ESRA. Trabi has scripted several films and documentaries from 2005 to 2015, including Le voleur and Sans regret. L’amour en bonus is his debut feature film.